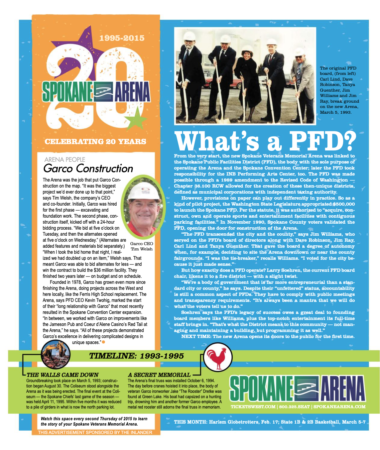 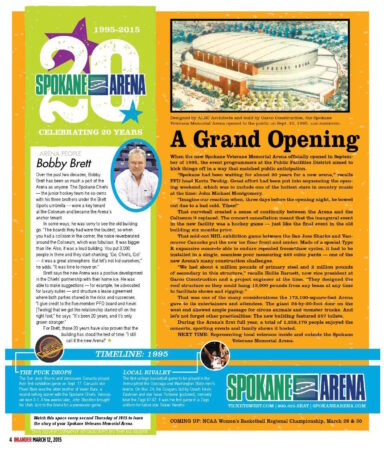 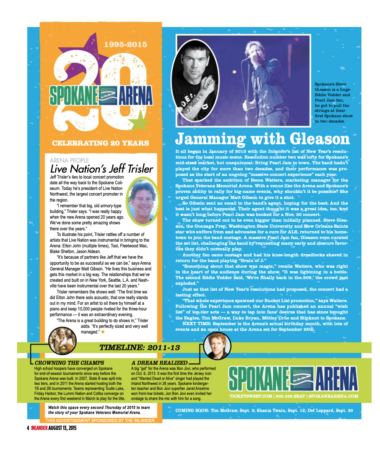 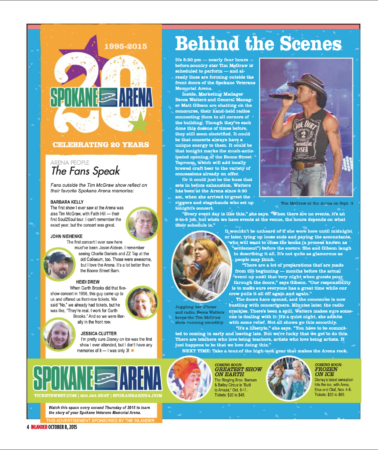 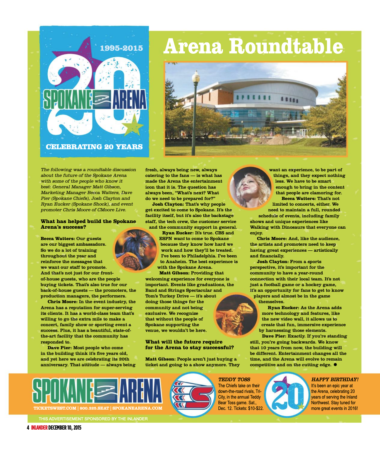 Starting in January 2015, my unbylined one-page articles highlighting the 20th anniversary of the Spokane Veterans Memorial Arena began appearing each month in the Inlander. The tone and design was consistent with the Arena’s anniversary branding.

These ran throughout 2015. All twelve months were later amalgamated and released as a commemorative brochure.